View Our range of gf oats

GF Oats “The Oats you can Trust”

GK Gluten Free Foods are the largest importers and supplier of Uncontaminated oats in Australia. GF Oats are the only brand in Australia who import the product in bulk from a family who are Coeliac and are dedicated to the issue of oats purity and eliminating contamination that is experienced through the processing chain in general cropping.

We import the product in bulk and repackage the oats in gluten-free certified organic facilities at the Toowoomba Endeavour Foundation. We use compliant packaging dedicated to communicating to the Australian consumer. Each batch we import is tested independently for gluten contamination and the results are loaded onto the Compliance Page of our website to show that these oats are uncontaminated.

We are unable to source Uncontaminated Oats in Australia at this time, due to the strict requirements to produce and uncontaminated oat product, which is why we continue to source our old-fashioned rolled oats from GF Harvest’s dedicated facilities in Wyoming.

In 2003, our growers in the states, a family of Coeliac’s, GF Harvest, started the movement towards proving that oats in its natural form were, in fact, gluten-free and it was the chain of processing that actually contaminated the oats. They had identified that the gluten-free breakfast and snack category was laden with poor choices full of corn, soy and sugar and that the humble oats could provide a nutritious alternative for the gluten-free consumer to turn to.

Fast forward to 2007 and they had achieved this successfully, with the national Coeliac Society and governing bodies in the US, approving and certifying oats that were uncontaminated from the gluten found in wheat, rye and barley, a gluten-free labelling status. Following on were the UK, Canada and parts of Europe.

The industry took off with consumers jumping onto the product and adopting it into their diet eagerly. By early 2009, I started to receive emails inquiring about whether I knew anything about these oats, as I had a gluten-free label called Brighterlife Wheat Free Foods, for anyone who has been around in this game for 20 years, you may have heard of it.

Anyhow, I decided to reach out to this company who were preparing to be export ready. I had samples sent to me, tested them, tasted them and got some positive feedback from my customers, so I decided to go ahead and import 1 pallet with a grand plan to present them to a Gluten-Free Show to launch into Australia with a bang. Well, the bang kinda backfired with a range of gluten-free heavy hitters at the time calling and emailing as the word must have spread.

My encounters were let’s say extreme. I was not aware of course as many still are not today that there was a little subclause in the food standards declaring that any product that contained oats could not be labelled gluten-free, which still stands today.

A small update was done around 2016 when NATA, approved the test results of oats showing a gluten-free reading. FANANZ now says that uncontaminated oats can be labelled Low Gluten. I have not chosen this label as I think it more reflects <20ppm and this product is not in that category, I felt it was more confusing for the consumer who is already confused. 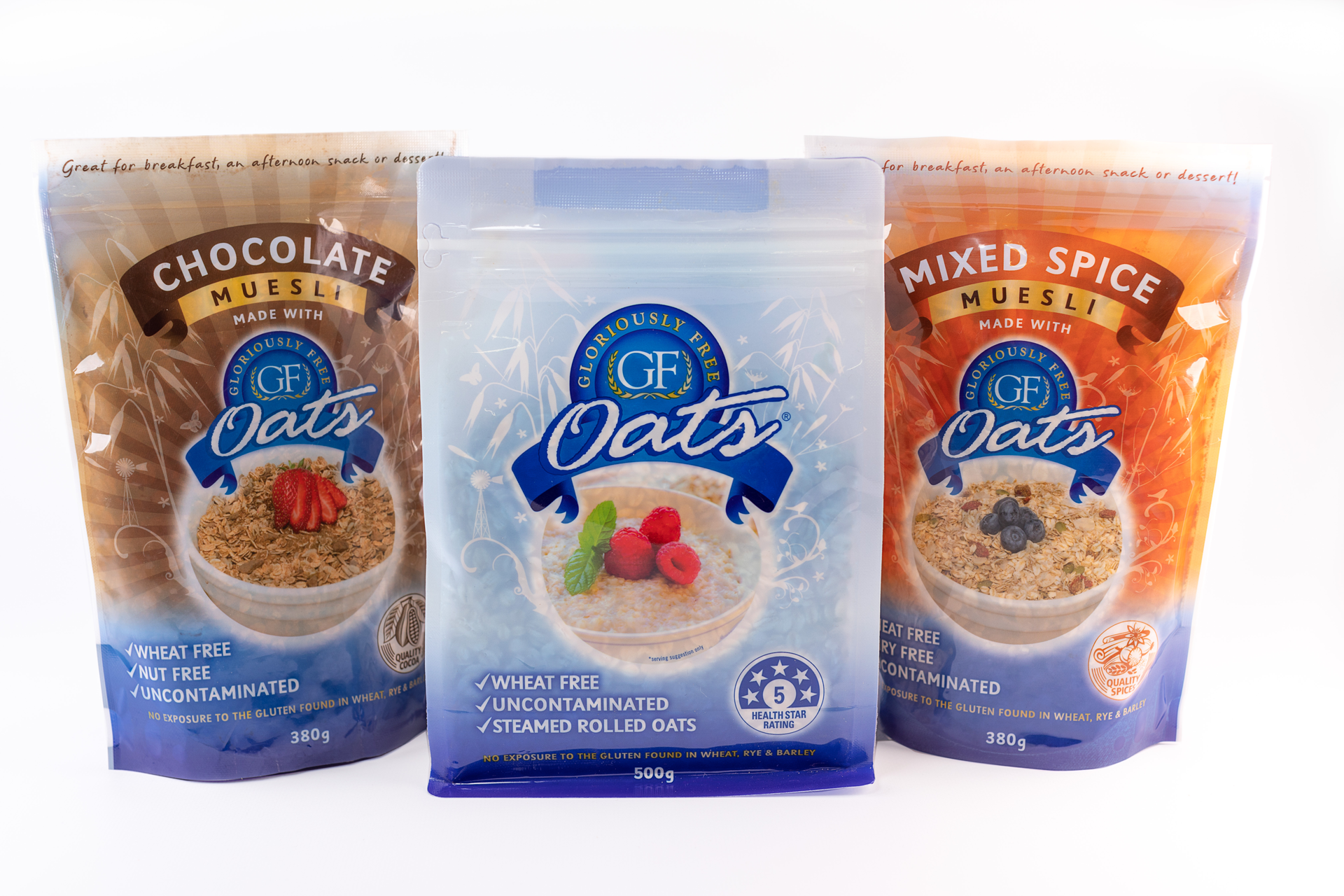 In 2016, the product was starting to be a little more accepted, we had not been dragged into Qld Health, so we gathered the branding issue had settled.

We redesigned the packaging into the box bottom bags you see today. Alas, we had one more trip into the authorities which resulted in me taking off the warming statement to Coeliac customers referring them to their local society for advice, as this was deemed to be an endorsement by the society.

Cool, by then I just shrugged my shoulders and said a swear word. Done. We now have the Oats in over 2000 health food stores to date around Australia and a variety of IGA and independents. The Traditional oats are in NZ Countdown/Woollies stores. 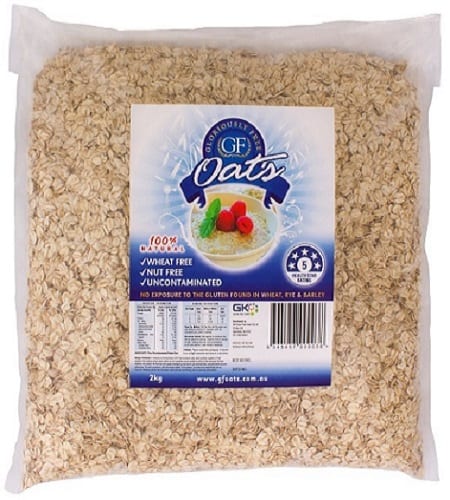 The Birth Of GF Oats

Our office hours are: